skip to main | skip to sidebar

The Penang state assembly today rejected a motion by a government backbencher to pressure the federal government to dissolve the National Civics Bureau (BTN) course and review the courses at the National Institute of Public Administration (Intan).

Speaker Abdul Halim Hussain said that although the matter involved public interest, it was not urgent because the cabinet had promised to revamp the curriculum for the course.

The motion was moved by Ong Chin Wen (PKR-Bukit Tengah)
Posted by 5th Columnista at 3:31 PM

Former prime minister Tun Dr Mahathir Mohamad suggested that politicians get commissioned as religious preachers if they want to conduct ceramah (public talks) on Islam so as to prevent disunity and confusion among Muslims in the country.

“The commissioning is to ensure that the lecturers adhere to the true Islamic teachings propagated by Prophet Mohammad,” he told reporters after opening the annual general meeting of the United Sabah Islamic Association here on Wednesday.

Dr Mahathir, who is president of the Malaysian Muslim Welfare Organisation, said it was feared that the differences of opinion among certain Muslim personalities would be misinterpreted by Muslims and lead to disunity and factions.

Blogged with the Flock Browser
Posted by 5th Columnista at 5:14 PM 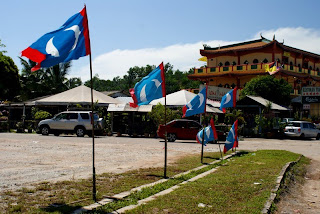 So, this was what the EC said:

PORT DICKSON: Only flags and posters of Barisan Nasional and PAS are allowed to be displayed in the Bagan Pinang constituency, the Election Commission said.

Its deputy chairman, Datuk Wan Ahmad Wan Omar, noted that the Election Offences Act did not state why parties not contesting the elections were not allowed to display their party flags.

“Section 24B of the Act states that only the candidate and political party contesting the elections are allowed to put up campaign materials as long as he is issued with the permit and pays the campaign deposit.

“Even the candidate himself will be barred from putting up his own campaign posters if he or his party do not pay the deposit,” he said after inspecting the final check and distribution of postal votes for the armed forces and police personnel at the district and land office here yesterday.

He said party workers had wanted to know which section in the Act stated that political parties were barred from putting up their posters or banners.

“Of course, it is not stated in the Act because the contesting candidate himself is not allowed to put up posters if he hasn’t paid the campaign deposit.

“So, there is no need to state in the Act why parties which are not contesting the elections can or cannot put up their posters.

“It’s a matter of whether the campaign deposit was paid by the contesting candidate and party.”

Tun Dr Mahathir Mohamad saidUmno should pick a candidate who is free of money politics (vote-buying) for the Bagan Pinang state by-election.

He believed that BN could win the by-election on Oct 11 with a big majority because the seat was Umno’s stronghold.

he said having corruption-free candidates would be a very important factor in Bagan Pinang as well as in the next general election.

“For me, it’s not just this place. The people throughout Malaysia want to know whether we are serious about eradicating money politics, corruption and so forth,” he said.

If Umno fielded an candidate who was not clean, it might win in Bagan Pinang but would lose in other constituencies, he said.

He also feared that the party would lose badly in the 13th general election if the trend continued.

“I’m not thinking about individuals. I know everyone and I don’t care about anyone but I’m thinking only of the party,” he said.

Blogged with the Flock Browser
Posted by 5th Columnista at 2:49 PM 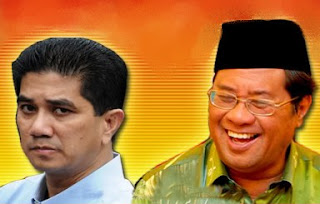 
You watch the video footage on Gobalakrishnan during the nomination process in Permatang Pasir today. What do you see? Police brutality?

Come of it...that idiot was clearly going against election rules by instigating supporters. What more, despite his antics, non among the Pakatan supporters present stepped forward to join him...they were more sensible, I suppose.

What Gobalakrishnan was aiming at was to cause problems and, of course, at the end of the day put the blame on the government.

Enough is enough...now you see for yourself!
Blogged with the Flock Browser
Posted by 5th Columnista at 8:26 PM

France, the birthplace of democracy discriminates against Muslim women... 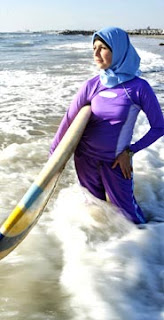 France’s struggle with Islamic dress has moved into the swimming pool after a 35-year-old woman was banned from bathing in her “burkini”, a head-to-toe swimsuit.

The woman, identified only as Carole, was making her third outing in a burkini to the town pool at Emerainville, on the eastern outskirts of Paris, when the chief lifeguard ordered her to leave.

She was said to be breaking hygiene rules, but her ejection has become the latest episode in a battle between fundamentalist Muslims and a state that has banned head-cover from schools and may curb face-covering in public...

Excerpt from The Times
Posted by 5th Columnista at 4:34 PM

Where my visitors come from:

Links to other views: